Get a job as a PE teacher

I probably wrote this with Chesney Hawkes telling me that yes indeed, “I am the one and only” whilst sprawled on my bed clad in my  Christmas 501’s (even though it was July……in those days getting branded clothes like that was an annual event & thus they were cherished beyond belief) whilst flicking through my latest edition of Smash Hits magazine.

And 30 came and went. Some of the above were achieved in the desired time line:

Some nice clothes mixed with some very questionable choices – tick.

Baby – tick, tick, tick, but alack and alas no Corey Haim…..a Kerryman filled that spot instead – who needs The Goonies or The Lost Boys when you have the Wild Atlantic Way eh?

Throw in a few extras, such as several summers as a lifeguard in the US on a beach patrol & a couple of reality TV shows and things were going fairly according to plan in all (*the plan I refer to here is the well known & undeniably reliable & rewarding “Make it up as you go along” plan. I thoroughly recommend this approach & have liberally applied it in every aspect of my life btw.) 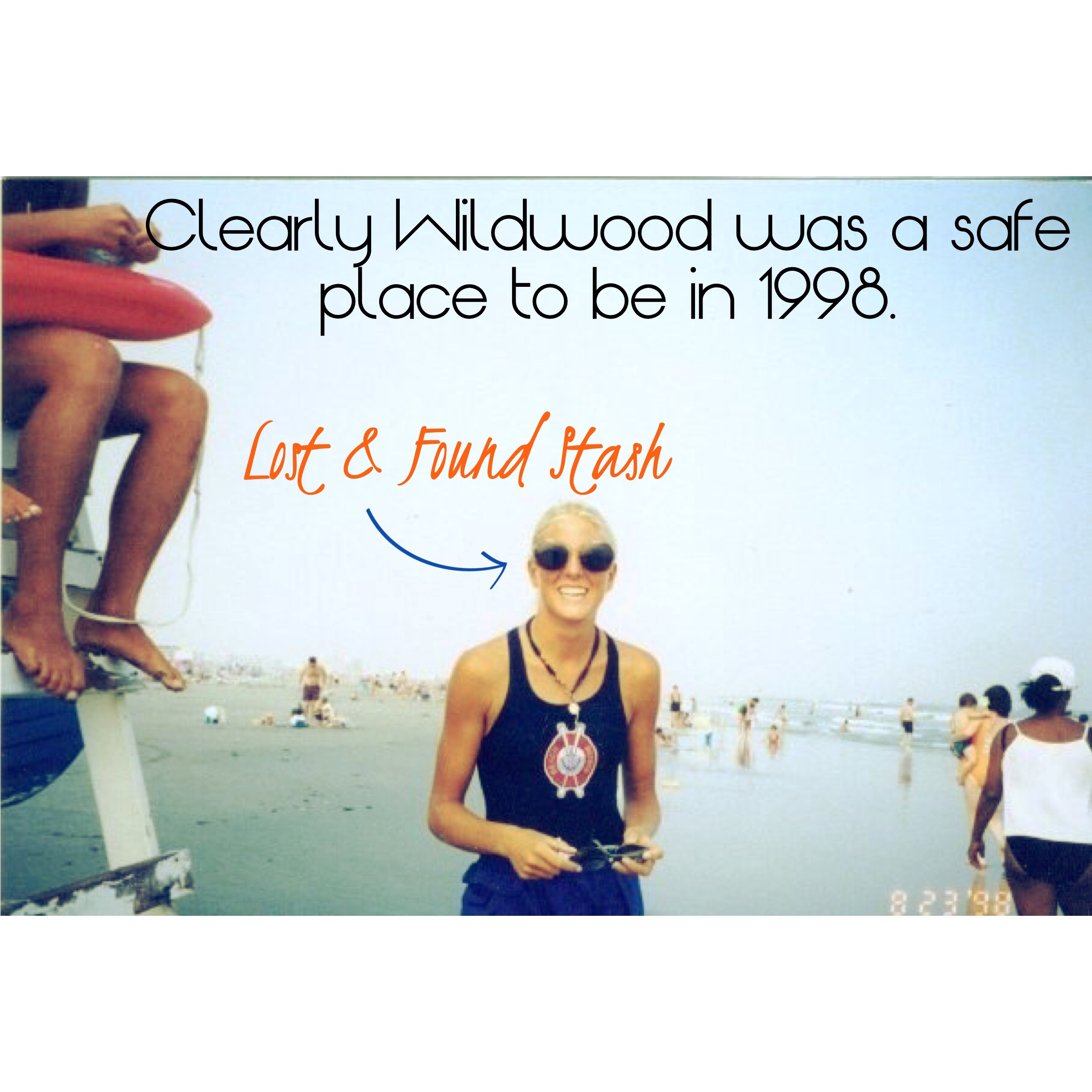 But as with everything in life……the devil is in the detail. Or as we’re forever being told….always read the small print.

No where did I see it specified on my original 15 year old list, how many children I would have so I assumed two and maybe three……but…..let’s see how we get on with 2 first, eh?

But you see, there was a flaw in my plan. I evidently did not cross all the T’s and dot those i’s & hence come the autumn 5 will become 6! Surprise!!!! 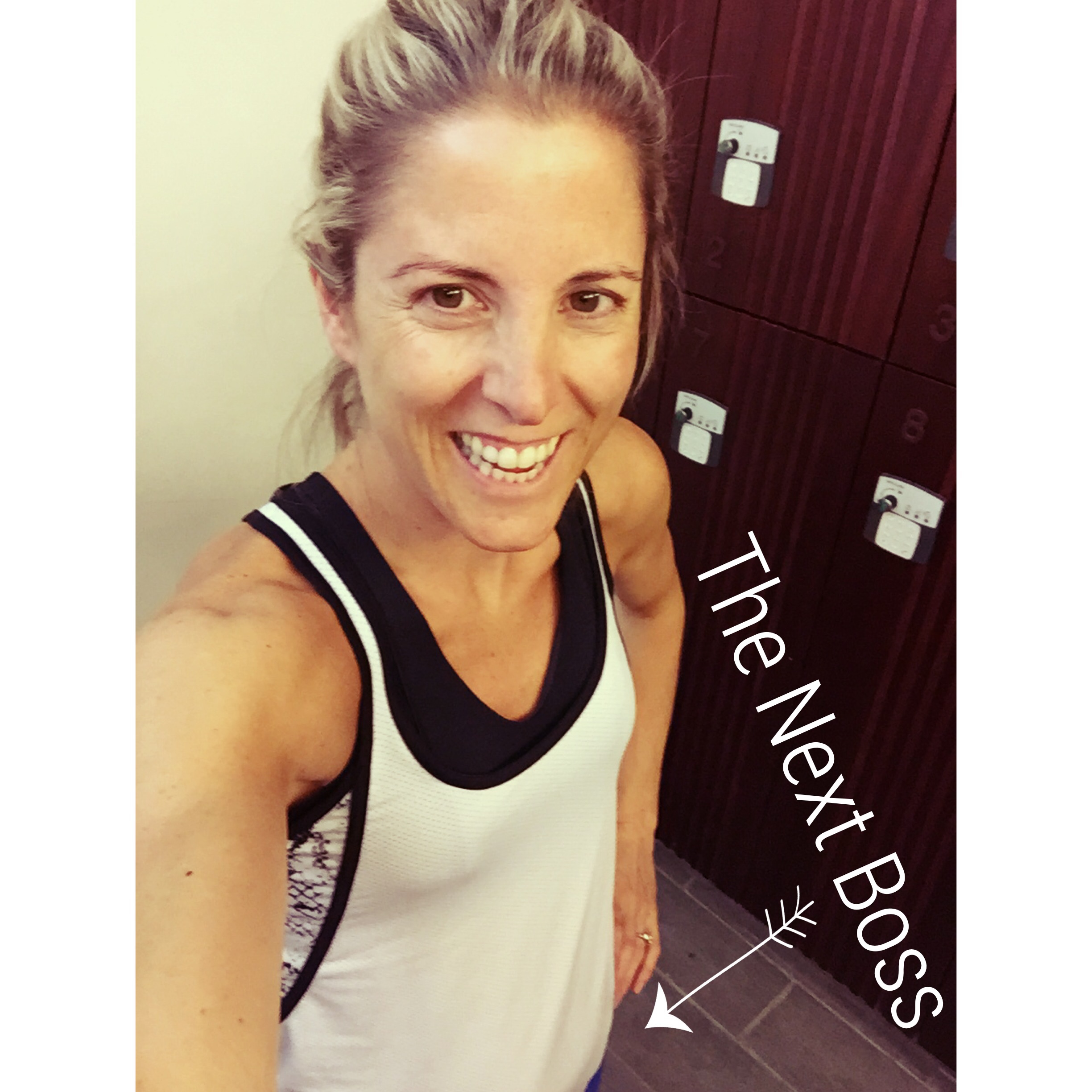 Yes, indeed, because things were not chaotic enough. Life was not suitably disordered, turbulent, disorganised & lawless (I could go on…..). I just felt I could do with an extra portion of disarray to go with my 3 sides of jumbled, scattered & out-of-control. And so we are preparing to welcome another into the fold at the beginning of October!! 16 weeks down, 24 or so to go! 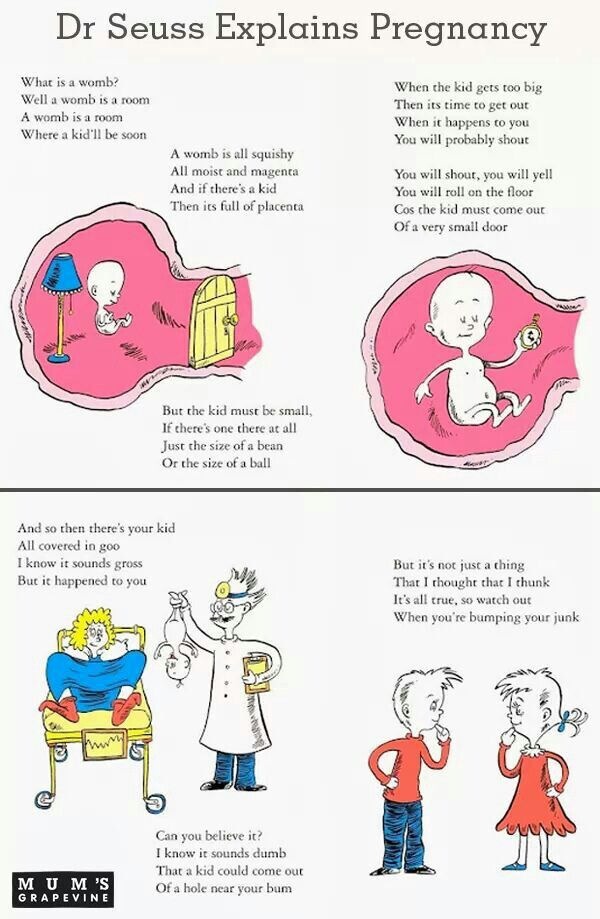 Having a 4th child is a funny thing. And it mostly depends on your frame of mind with regards to your own family and plans for them and, your future and your life. My plans simply didn’t entail a fourth – that is not being written in an ungrateful or worried fashion. It’s just a fact. I wasn’t opposed to the idea – I just assumed it wasn’t for us as a given and I was done with 3.

But of course now that I have become used to the idea, I am excited and happy to meet this bundle of possibilities, hope & joy. But let’s not sugar coat it. Its going to be nuts. 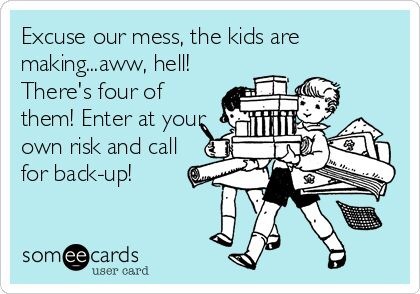 Telling people is the funniest part though. The reactions vary from envy (a few – not so much), joy, shock & complete absolute horror! When you meet a Mum with kids at the same stages as yours most of them recoil in terror initially – not at the thought of a cute little bubs – but rather at the complete reality of the chaos.

But then they shake it off and begin to tell you that it’ll be fine and “Shur, won’t you have more of them to look after you when you are older” & run away thanking their lucky stars its not them. 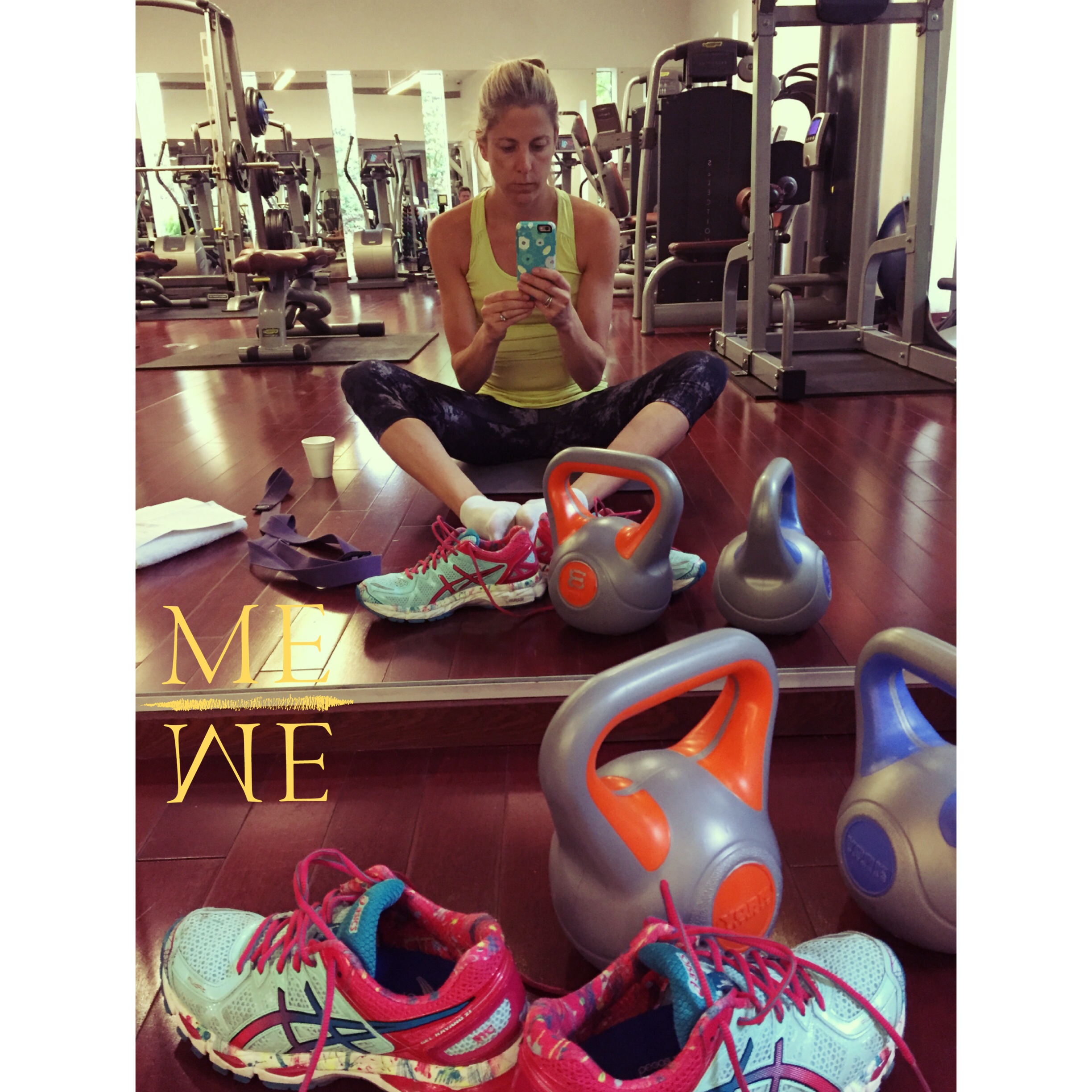 And I don’t mind that at all. Some of the Mum’s I chat to are genuinely envious & tell you their stories of difficulties having their kids & maybe that they would have loved more, so it’s always a good reminder of how lucky you are.

But at the end of the day it just boils down to circumstances. 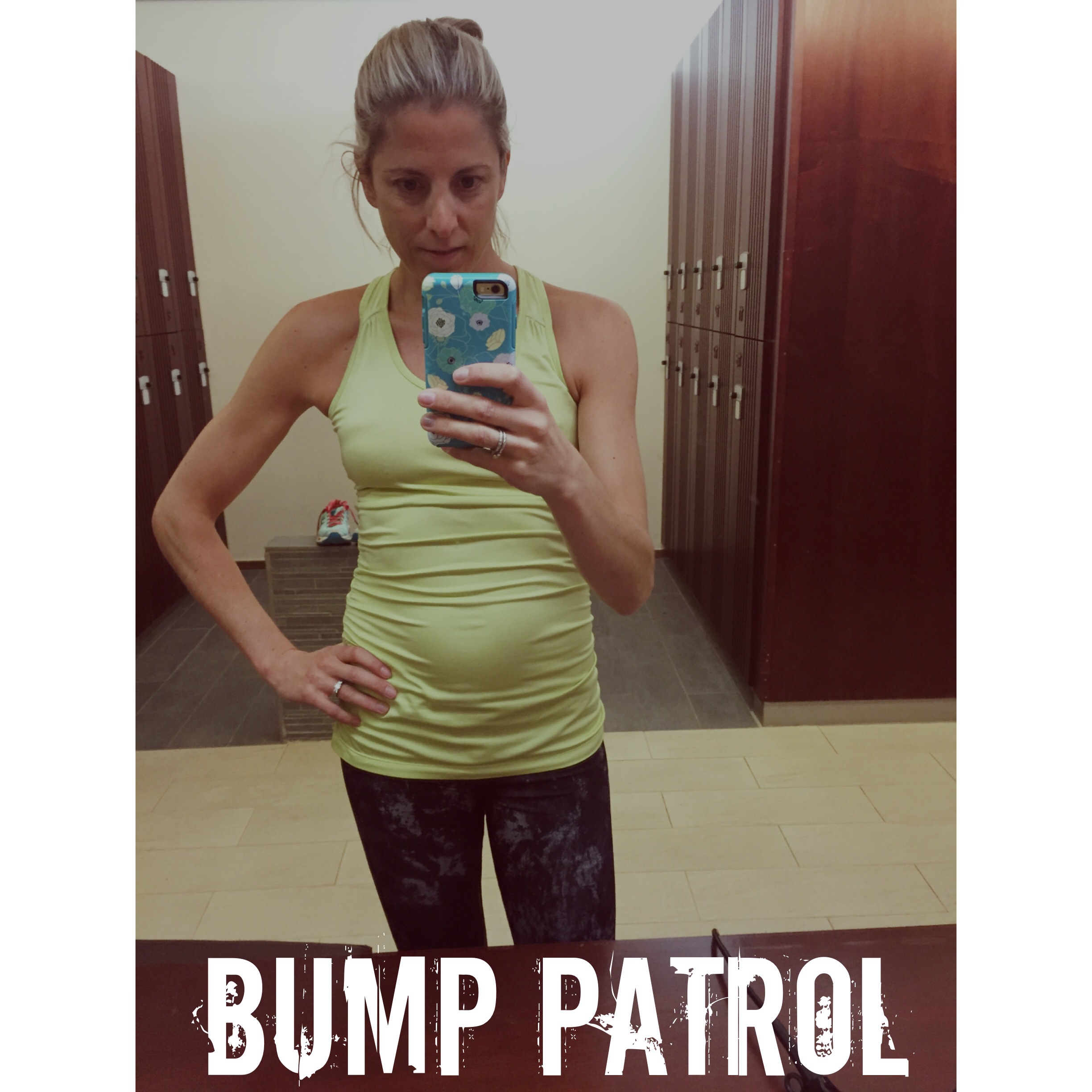 No hiding it anymore really!!

Now that I am over those nauseating, 1st 12 weeks I feel much better. My old habits crept back in and I ate a sugar mountain. But now I’m back on track.

And so I’ll keep you up to date with my workouts, treats, melt downs and purchases along the way.

Any tips, advice……words of wisdom are eternally welcome!!

Yours, still able to see her toes…..for now,