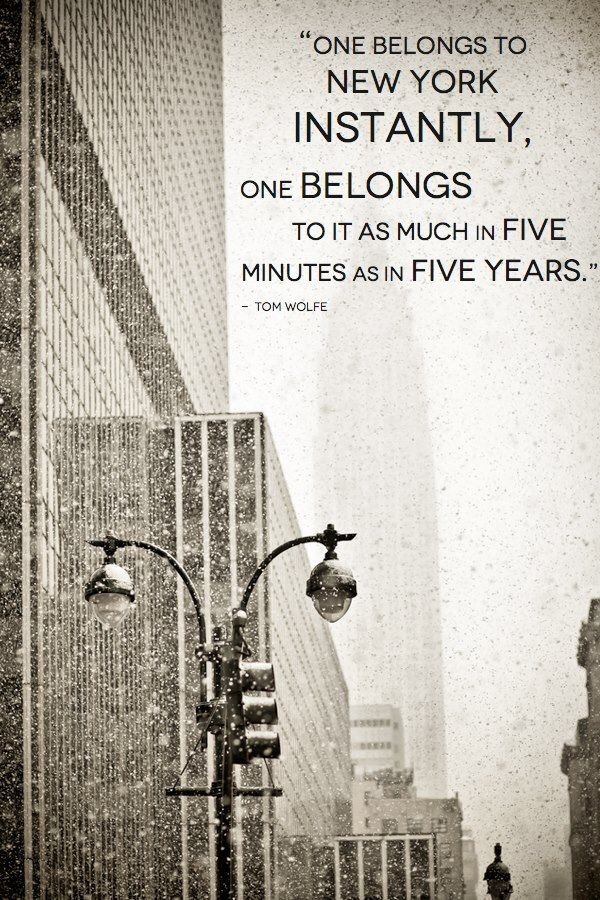 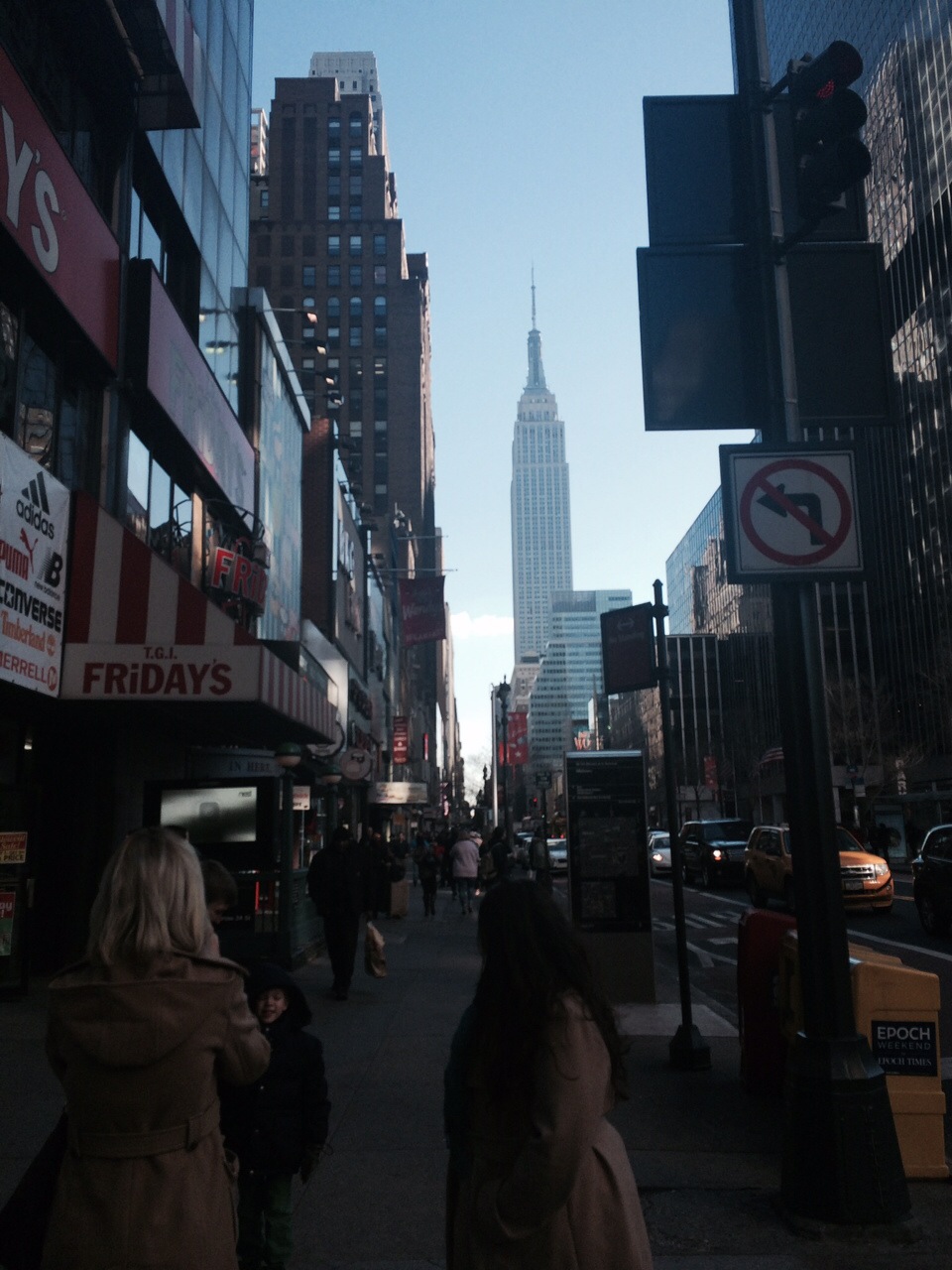 So good they said it twice, as old blue eyes sang.  I could write 1000 words all based on sayings about The Big Apple but for me the one that rings truest is ‘The City that Never Sleeps’. To say I was mesmerised is an understatement! This city is ready at any hour of the day to facilitate you spending your money. And spend it you will! 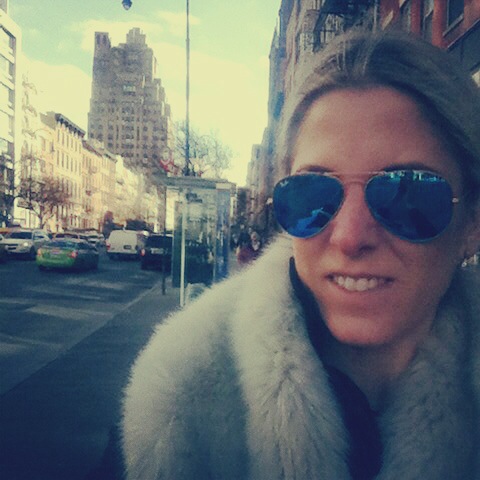 But firstly, how did I end up in NYC mid week in December? I realise I had mentioned nothing about it on my blog previous to going but there is a simple reason for this. It was a surprise 40th present for the husband – who like so many other partners out there do not wish to play a starring role in this social media world. I have as you may notice, have managed to sneak him in here & there though! 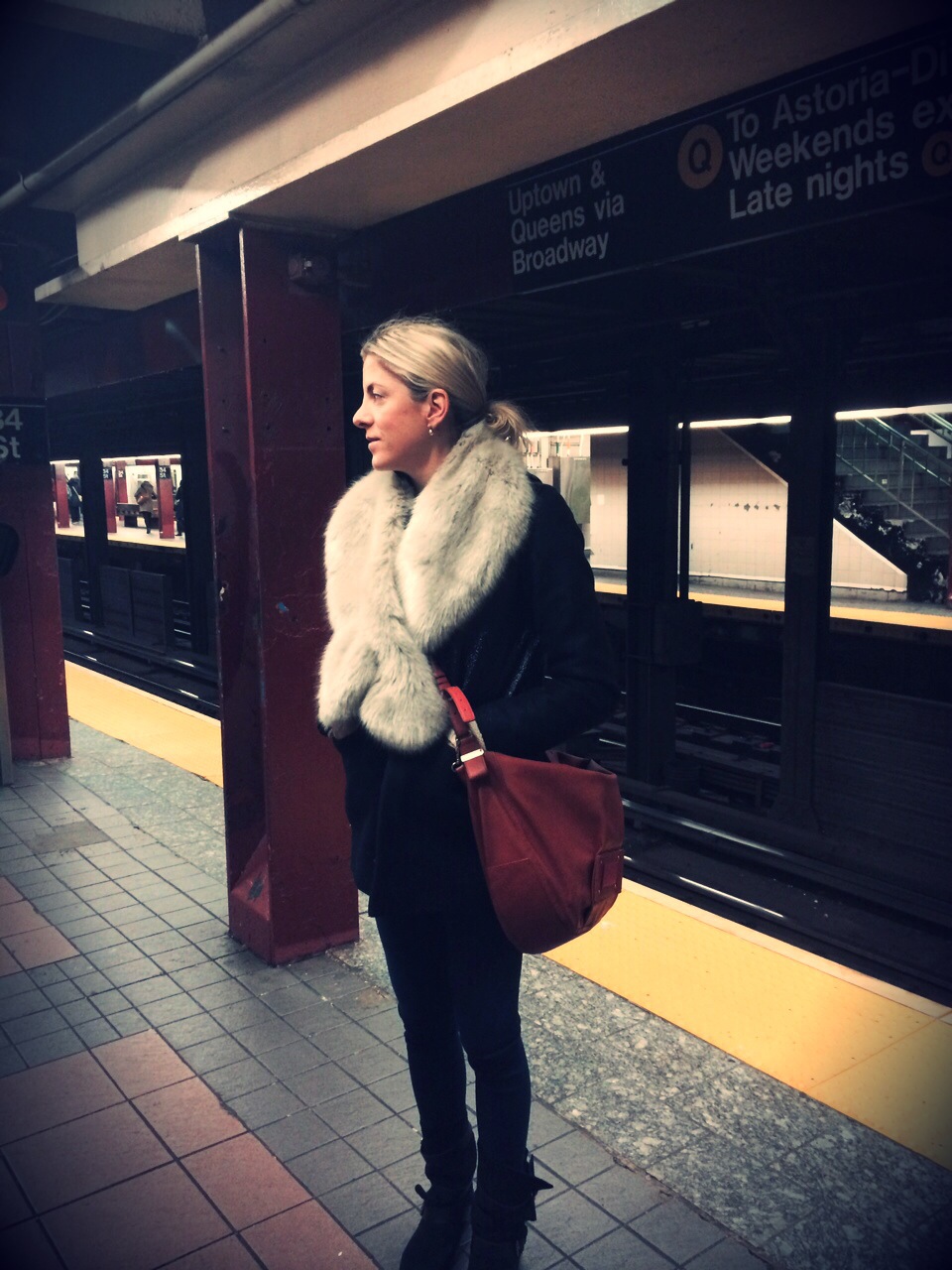 There was meticulous planning required to pull of this trip (Again, thank goodness for grandparents………who AGAIN moved in for a few days to hold the fort). I spent hours, days even, planning how I would tell him. Maybe over dinner in a waggamamas or a treasure hunt around the garden with the kids involved. The creative possibilities were endless.

But in the end he discovers when I was in the hallway of our house pumping a pink bike wheel & I overheard a conversation happening in the kitchen.
“Dada, here is something for you trip with Mama for your birthday”
Cue shuffling & the sound of an ikea oven door opening.
A ruffle of paper being extracted and 3 year old footsteps back from the toy room to the kitchen. Pause for paper examination.
“Oh put that away quickly Fiadh – hurry before your mum sees”.
At which point I interjected

“I can hear you all – let’s not pretend for the next 2 weeks that no body knows anything”.
And so the lesson was learned – when getting your children to colour US flags on the pretence that they are “Kilnamuck flags” (I was feeling particularly uninspired that day – covert operations are not my forte) at least make sure that they do not hide one in their oven.

And off we went. Baby dinners in freezer, kids clothes in piles in spare room  & 2 confident (if slightly concerned) grandparents waving us off. 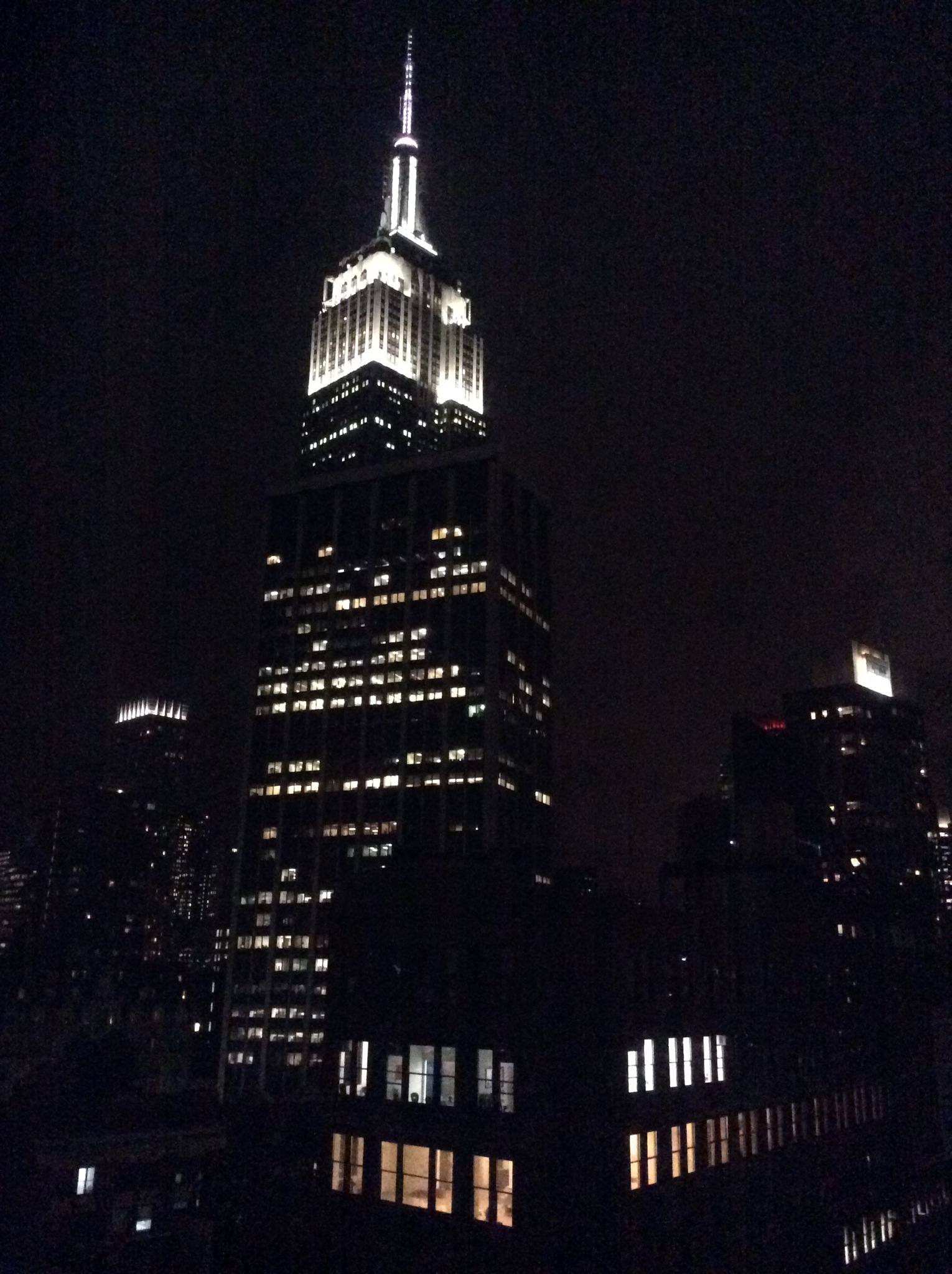 We stayed in the Eventi Hotel on 6th Avenue – which much to my delight was a few blocks stroll from Macys. The view from our 18th floor room was pretty amazing so I slept with the curtains open every night. It’s the small things! 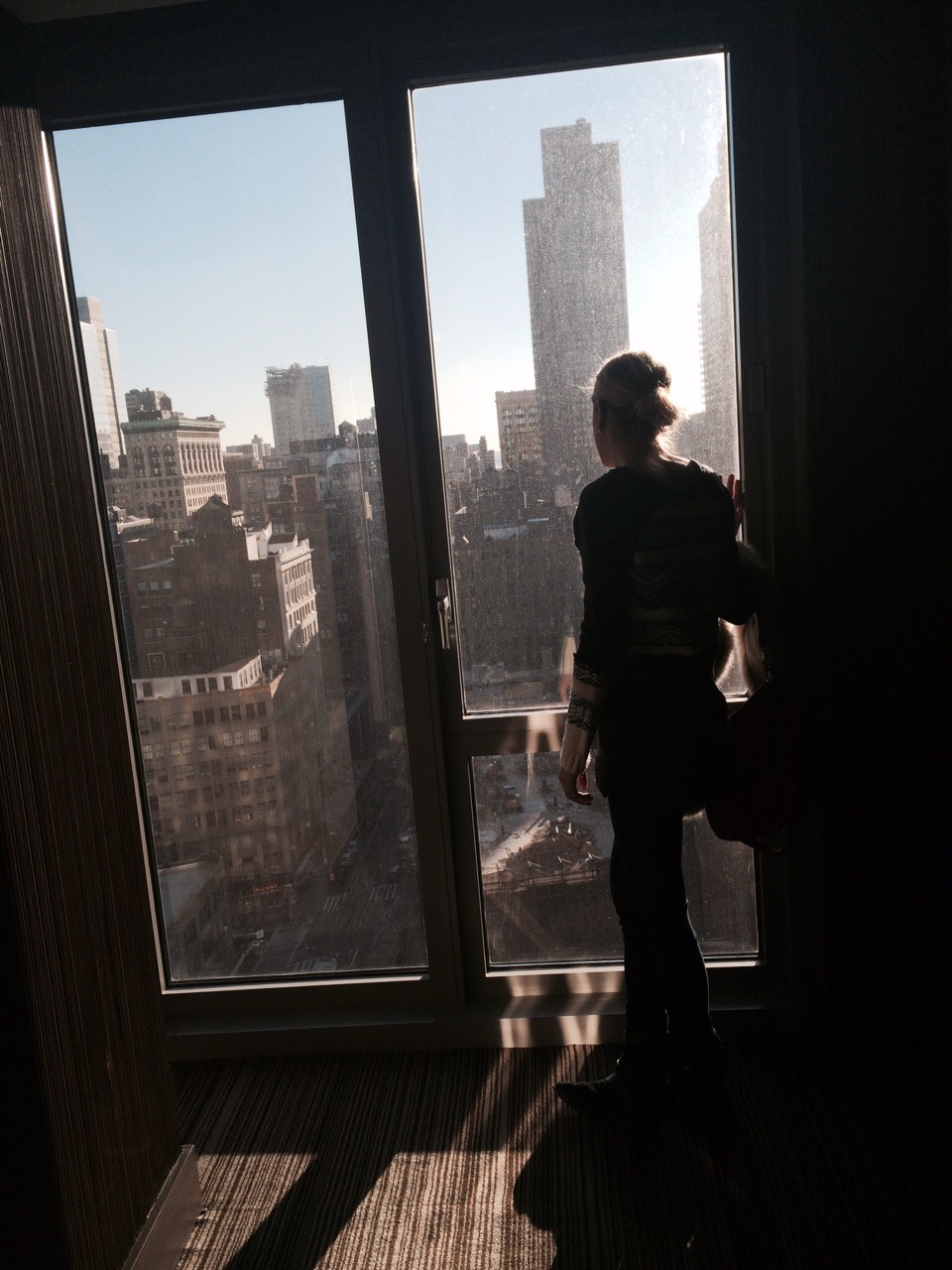 I had spent several summers lifeguarding on a beach patrol on the East Coast of the US but had not been in NYC for nearly 8 years . I think no matter how long you have spent there previously the city never fails to both intimidate and excite you……from the lights to the sound and the smells. 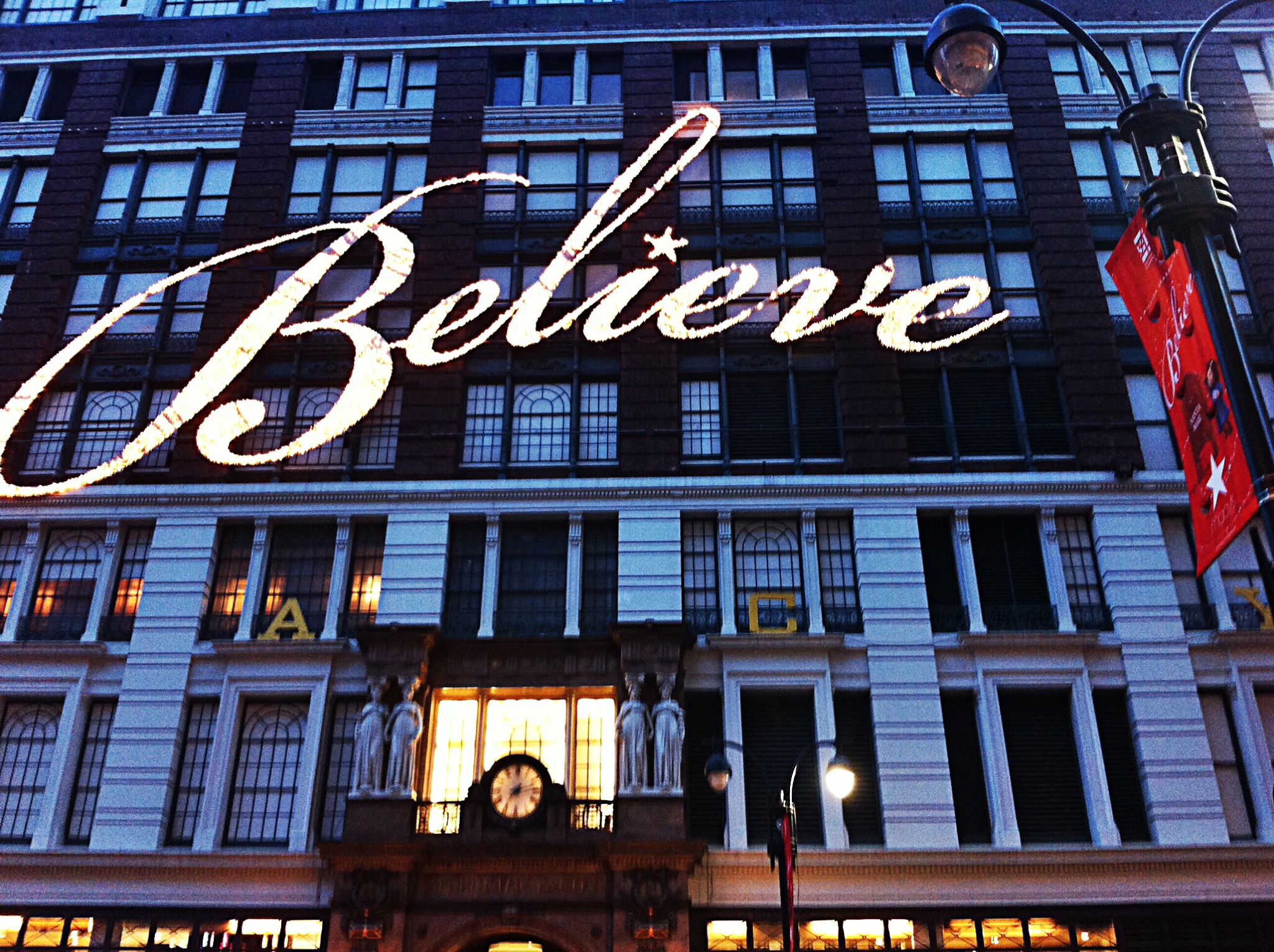 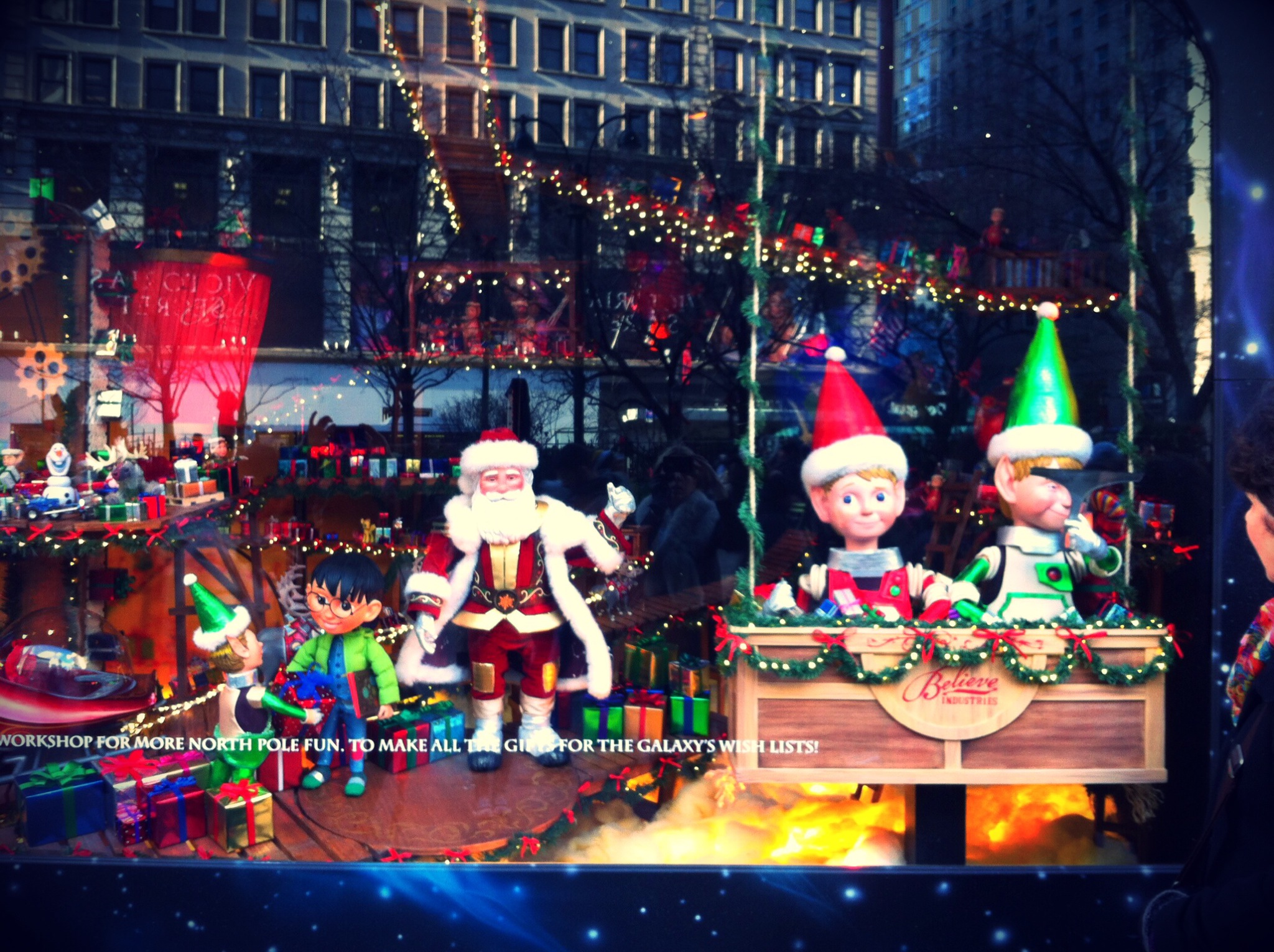 (Macy’s window – the child in everyone loves this)

We ate in Tao Uptown which is an Asian Restaurant. To be honest (and I am TOTALLY showing my age here) while it was really cool and the food amazing – it was like eating in the centre of a nightclub. No joke – the music was blaring so it was quite difficult to even talk. An amazing place for a party but maybe not so much for a dinner for two.

Mexicue on 40th St & 6th Ave was amazing – it is a Mexican/BBQ restaurant. The menu was unreal & I really recommend that for a healthy(ish) blast of meat and veg. 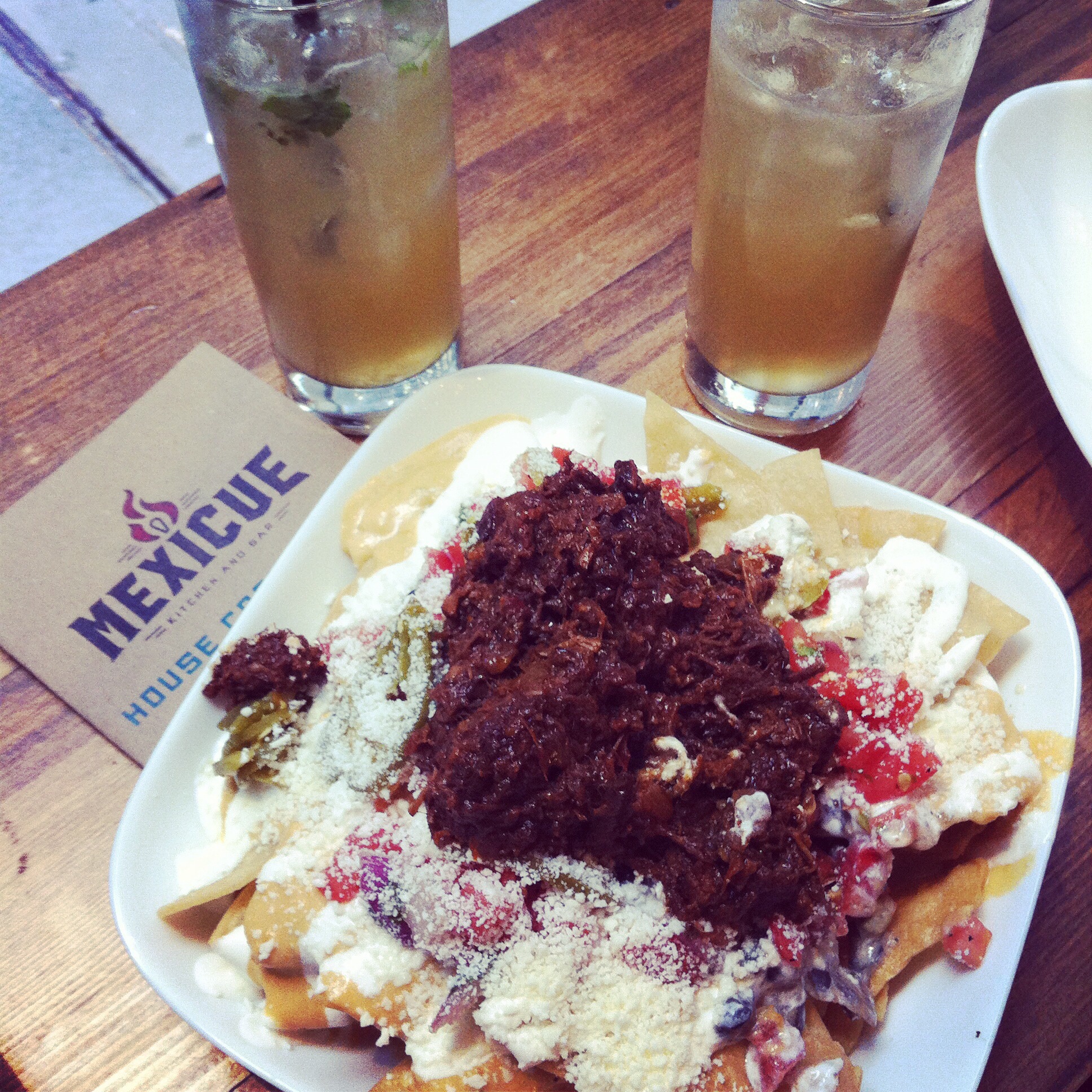 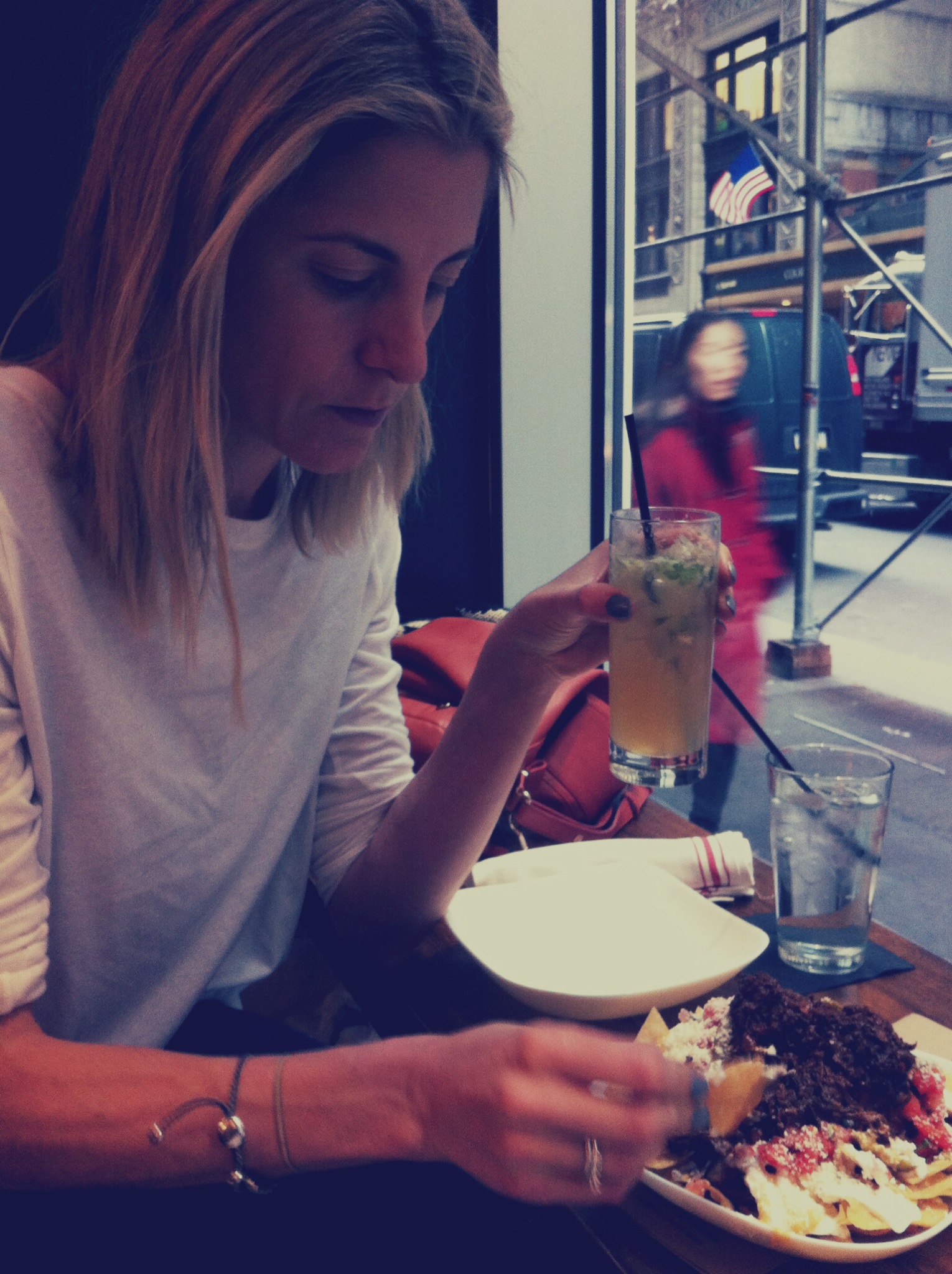 On big birthday morning we had breakfast in Cookshop on tenth ave at 20th st. Now this was AMAZING. 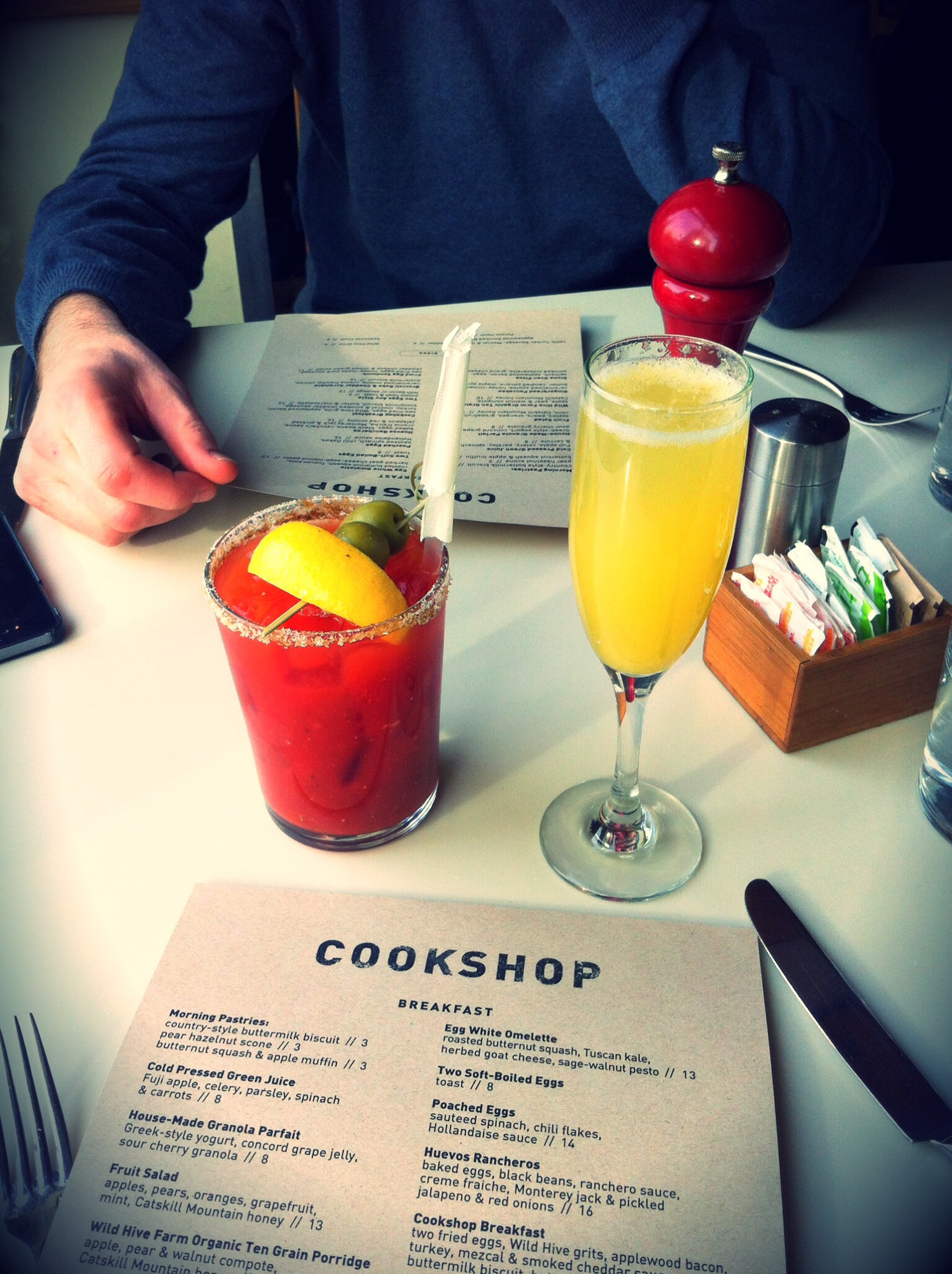 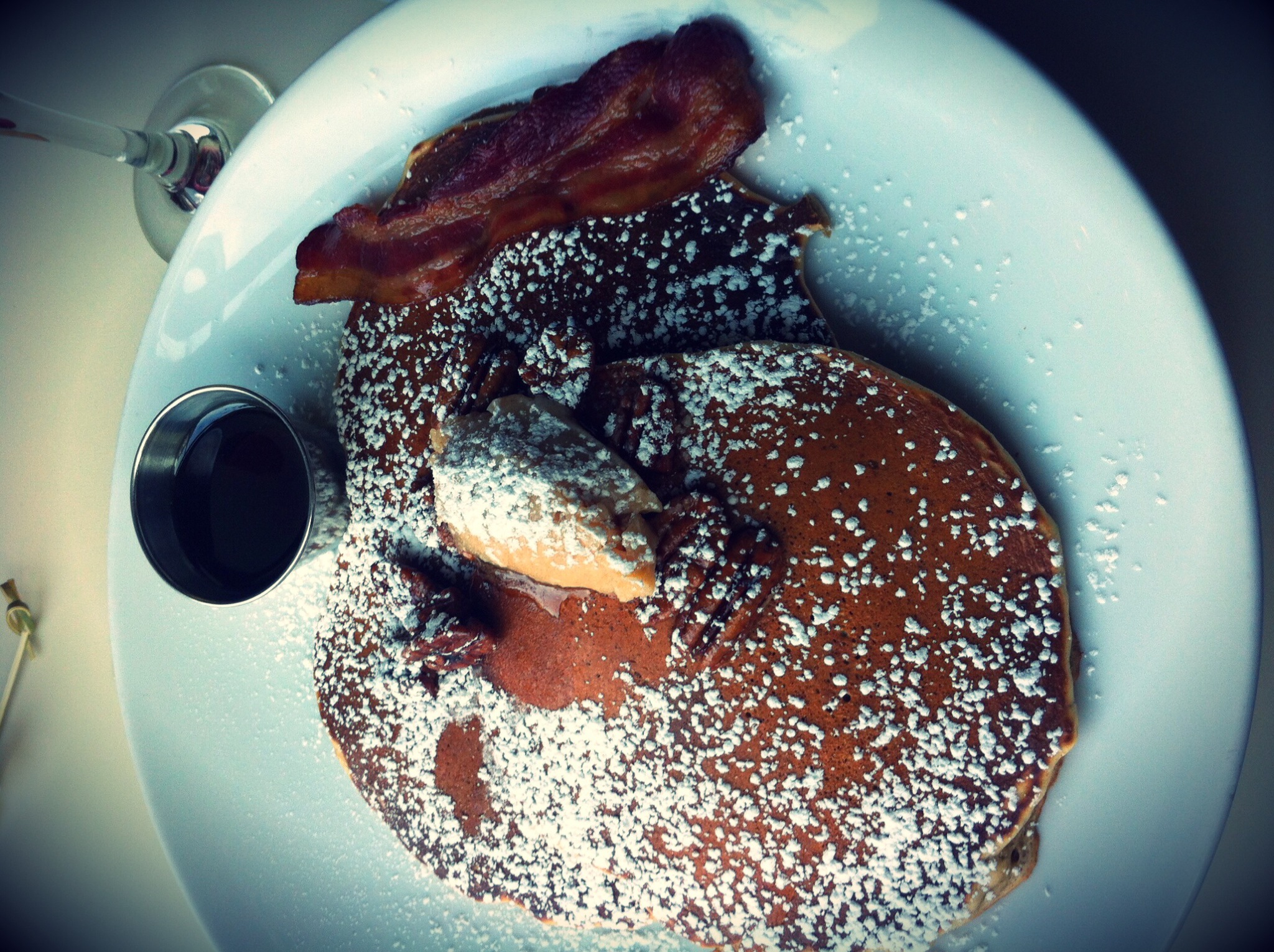 (This was ridiculous! Literally like having cake for brekkie. Gingerbread pancakes with caramelised apples, butter, candied pecans & maple syrup)

We also ended up in Tortilla Flats, a bar/restaurant in the Meatpacking District. My parents neighbours in Glenbeigh own it! So obligatory visit was of course needed. And 2 friends from my beach patrol also came to join us. So it was an amazing reunion! 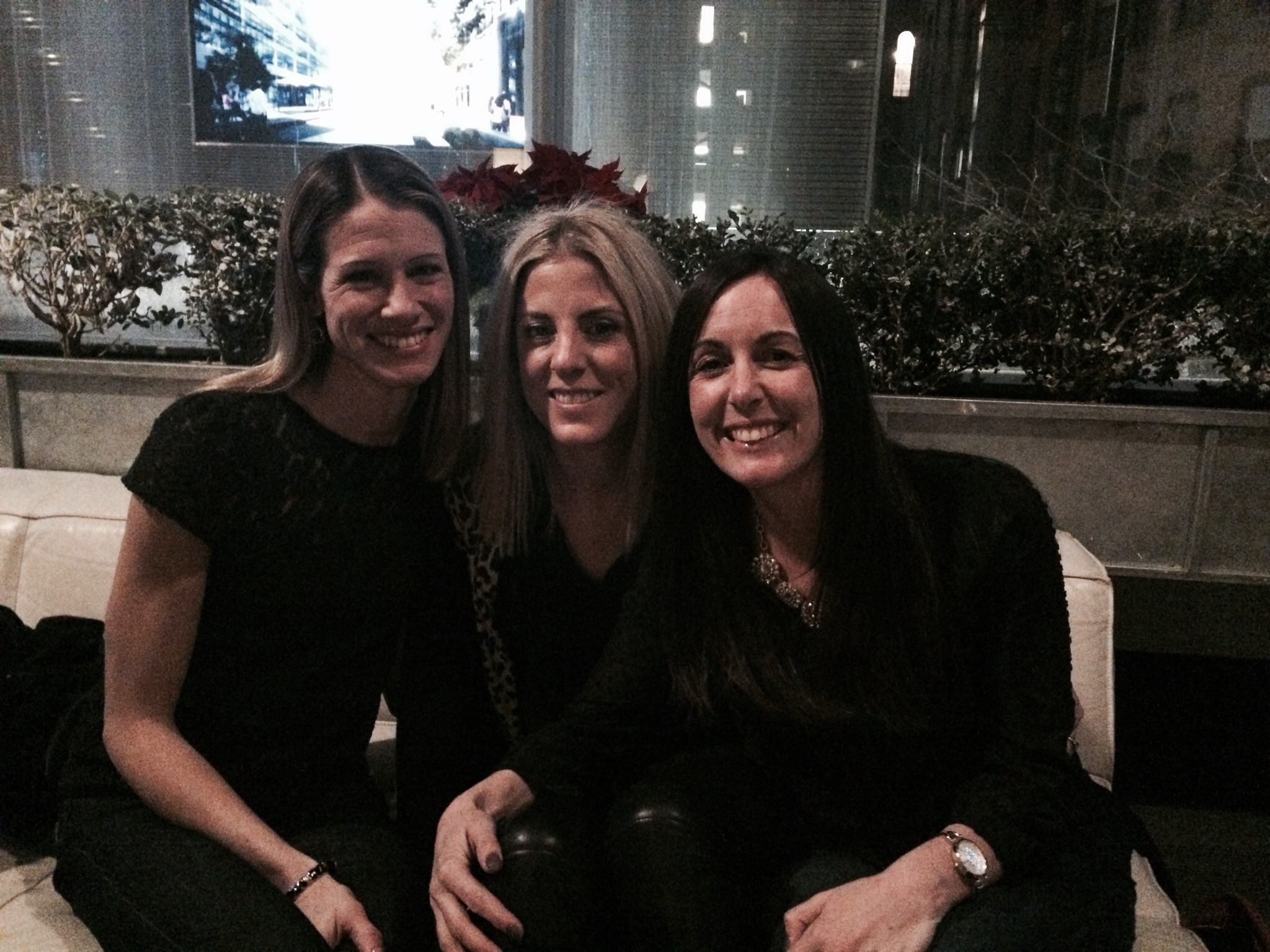 Tortilla flats was still the fun, colourful, crazy bar it had been on our last visit. And to be joined by a group of drag queens by dessert only added to the experience!

Of course we shopped & shopped & shopped – like a said New York is only ready at all time to help you spend your money! I purchased in Macy’s, Free People (thank you Life’s Lust Haves for this tip!), Lululemon & of course Century 21.

Of course then all too soon it was time to return home. But not before walking out on the street in front of our hotel to catch a taxi only to be greeted by the whole avenue being shut down . There were protestors marching to show this dissatisfaction with the NYPD over a recent incident. It did leave you feeling slightly uncomfortable…………………..and late for the airport!! Nothing unusual here! 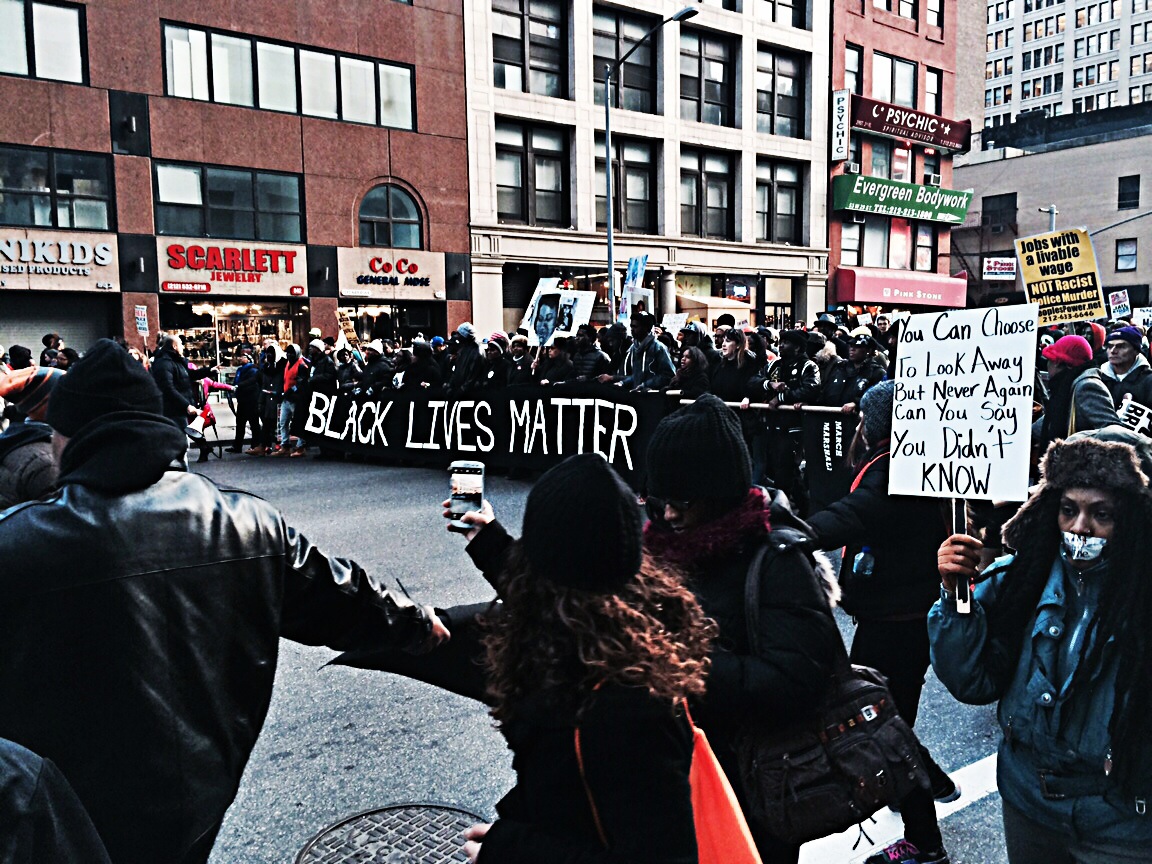 But you have not lived until you have caught a taxi ride to JFK with a crazy New Yorker. I aged several years but hey, we made the flight & thus ensured my parents didn’t go stir crazy at home.

And so all at once we were home. There is another serious detox needed – despite the fact that I never really recovered from the weeding in Kilarney. I’ll be drinking plenty of Matcha tea over the next few days. I’ll do a post on it in the next few days. It’s miracle stuff.

But now I need to sleep!